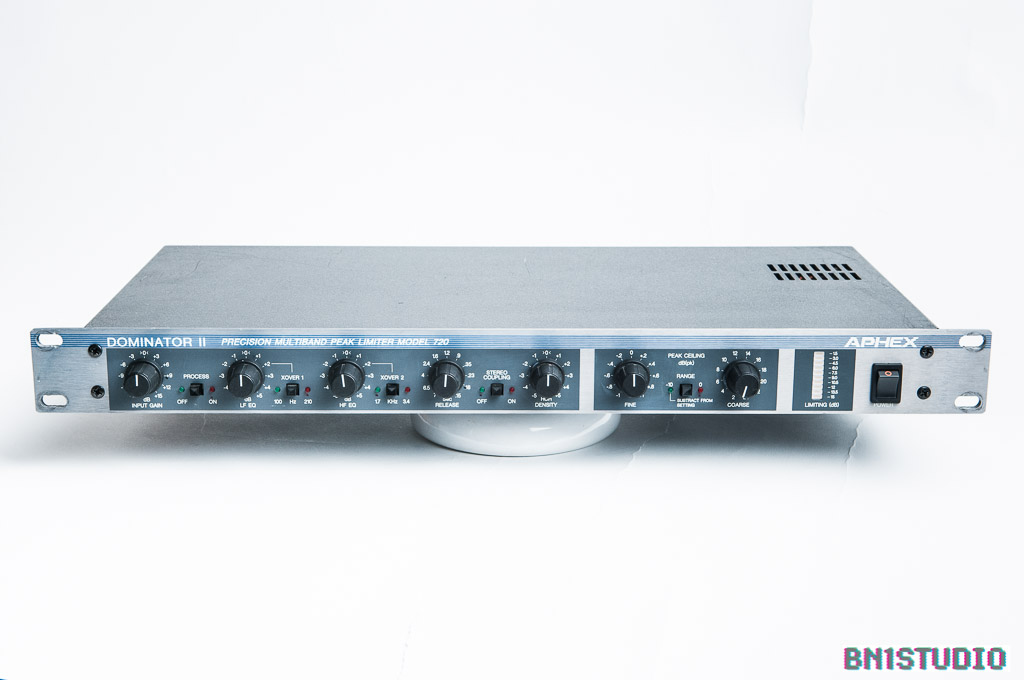 The Aphex Dominator is a powerful tool but, at times, it’s not obvious what it’s doing or why. To appreciate it properly you need to patch it into an established signal chain, align it to the peak level you’re working to then set levels to get the required degree of limiting